What happened when my dad was inducted in the R&R Hall of Fame. 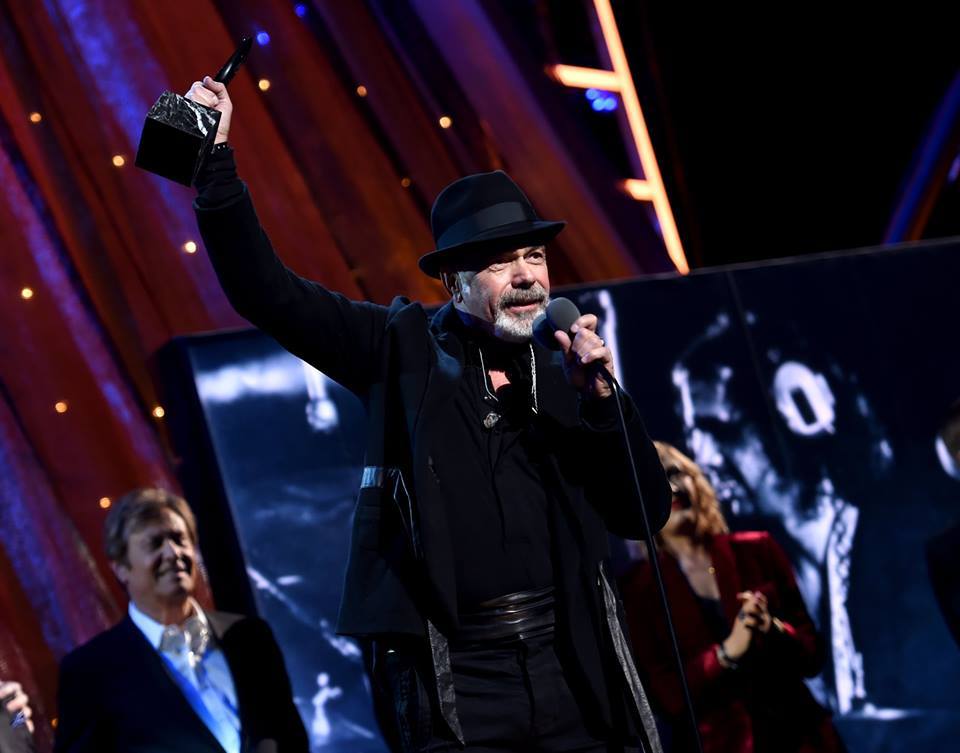 My jaw dropped. And then an explosion of noise and clapping from the audience.

I knew that one line was going to be problematic for my dad, but I also knew how authentic it was to where he was in the moment.

To see my dad playing with his band Chicago after 25 years of estrangement was emotional for me, my 5 other siblings who were on hand to celebrate, as well as his fans. They played Saturday in the Park, Does Anybody Know What Time it Is and 25 or 6 to 4. Iconic radio hits that defined much of my childhood. I remember dancing and singing during every concert while I was growing up.

During the time I spent in NYC I was privy once more to the Shadow that presides in the music business. This is the stuff I detest, but also a part of the whole consciousness of rock n’ roll.

But first a mythological digression …

Back in the late 60’s and 70’s the rock stars (Zeppelin, Stones, Hendrix, Joplin, The Doors and Chicago for example) were crazy, out of this world talented, ground-breaking musicians and created songs that will stand the test of time. They all had their own unique sounds. They made music for themselves and for their audiences.

Flash forward to the 80s and 90s when Chicago was still going strong. My dad was remarried and had 3 other children. They also were thrust into a world of shadows, but this was a Plutonian one. Power, money and sex were the demons they had to learn to grapple with.

In 1990 my dad was “voted out” of the band he started. It was one of the saddest moments of our family history and one that wounded everyone, not just him. The backstabbing and betrayal. The loss of dear friends. And of course seeing my dad, who was usually optimistic and ambitious, dive into the deepest depression I had ever seen.

As I got off the plane in NYC, of course I was apprehensive about what would transpire during the ceremony. After all, dad hadn’t played on stage with these guys in 25 years.

The other guys in the band made nice, but dull-as-dishwater, speeches that will generally be forgotten (save one line by Lee who thanked his ex-wives for making sure he had to keep touring and working). But on the good side, they thanked their families for putting up with their long absences and bad behavior over their decades long run in the spotlight. Forgive my sarcasm.

To be fair, the rock and roll lifestyle is hard on everyone, including the band members. Saxophonist Walt Parazaider, who was like my uncle and whose daughter Laura was my dearest friend growing up, did give a sincere thank you to his wife of 50 years. I’m sure you know how rare it is for a marriage to last that long in this business.

The repetitive and nauseating “thank you’s” to their manager was detestable. Not only because the HBO producers of the show asked all members to not repeat names for time sake, but also because I have personal reasons for feeling this way. It’s a man I’ve known since I was a little kid and he was a viper from day one. Yet I smiled at him pleasantly most of my life because I was acting the good girl so not to be abandoned again. Today, I wouldn’t deign to shake his hand or even look at him.

I know I’m beginning to sound fucking angry here. I sound like a bitter bitch, but I do have something to say and the right to say it. And you get to see MY shadow in all of this too.

When dad said that phrase, “we fucked together…”
I thought, “he stepped himself right back into the shadow again.”

Because when you’re shoved into a complex, in that I mean a driving, unconscious behavior, that holds you tight, no matter how long ago it was, it’s nearly impossible to step into another role.

Now, my dad was definitely no angel when it came to sex, drugs and rock n’ roll, despite his name “Seraphine” which derives from seraphim a Hebrew word that means “fiery, winged serpent,” which pertains to the highest hierarchy of angels in Heaven.

The serpent has always remained a shadow character in the Western, Christianized mind. But if you look on the caduceous still used by the medical industry today, the snake is a symbol of wise medicine and healing.

There is deep medicine in the shadow. It makes us confront those parts of ourselves that are disowned, and often angry/resentful/sad/depressed, that we don’t want other people to see.

Saying the word, “fuck” over and over and “screw you” basically highlights anger.

At the moment he said those words, I didn’t think it was “appropriate” during a televised ceremony, but apparently it was exactly what people needed to hear, thus the cheering and overwhelming support my dad has received from his fans and peers. I think they felt angry too.

And, once I got home I realized how much anger and resentment I’d been holding onto towards the band and their legacy.

Made me wonder: did my own anger, along with everyone else’s, lingering in the shadow contribute to dad’s speech?

You know from the point of view of a unity consciousness where all of us participate in a play of sorts, like at a rock concert.

Whether it did or not, it was exactly what needed to be said. It broke 25 years of tension and repressed anger.

I’m so proud of my dad and what he has accomplished. Mostly, I am so grateful for the magical and interesting life he and my mom gave me. There have been lots of advantages of being the child of a rockstar. World travel, the gift of music, free stuff, wealth, the fun, the adventure and the laughter. I don’t know anyone, from any sort of family, that didn’t have moments of pain and sadness.

Still, I’m surprised at these old feelings rearing their ugly heads up.

I’m letting it be what it is and this gives me hope that the anger can clear away leaving room for forgiveness. For all of it. For everyone.

My hope is that my dad and the band can also mend the bridge one of these days.

I think roads of reconciliation were mapped out and now they need to be paved. I’d like to walk down that road and leave more of the past behind.

Mostly, I felt like I was watching the opening chapter of my dad’s comeback story. Wouldn’t that be cool?!!

Videos you can watch with the speeches and showing the band perform are below. The performance was the highlight for me. I danced and sang the whole time and that part felt REALLY good!

There are 143 comments on What happened when my dad was inducted in the R&R Hall of Fame.